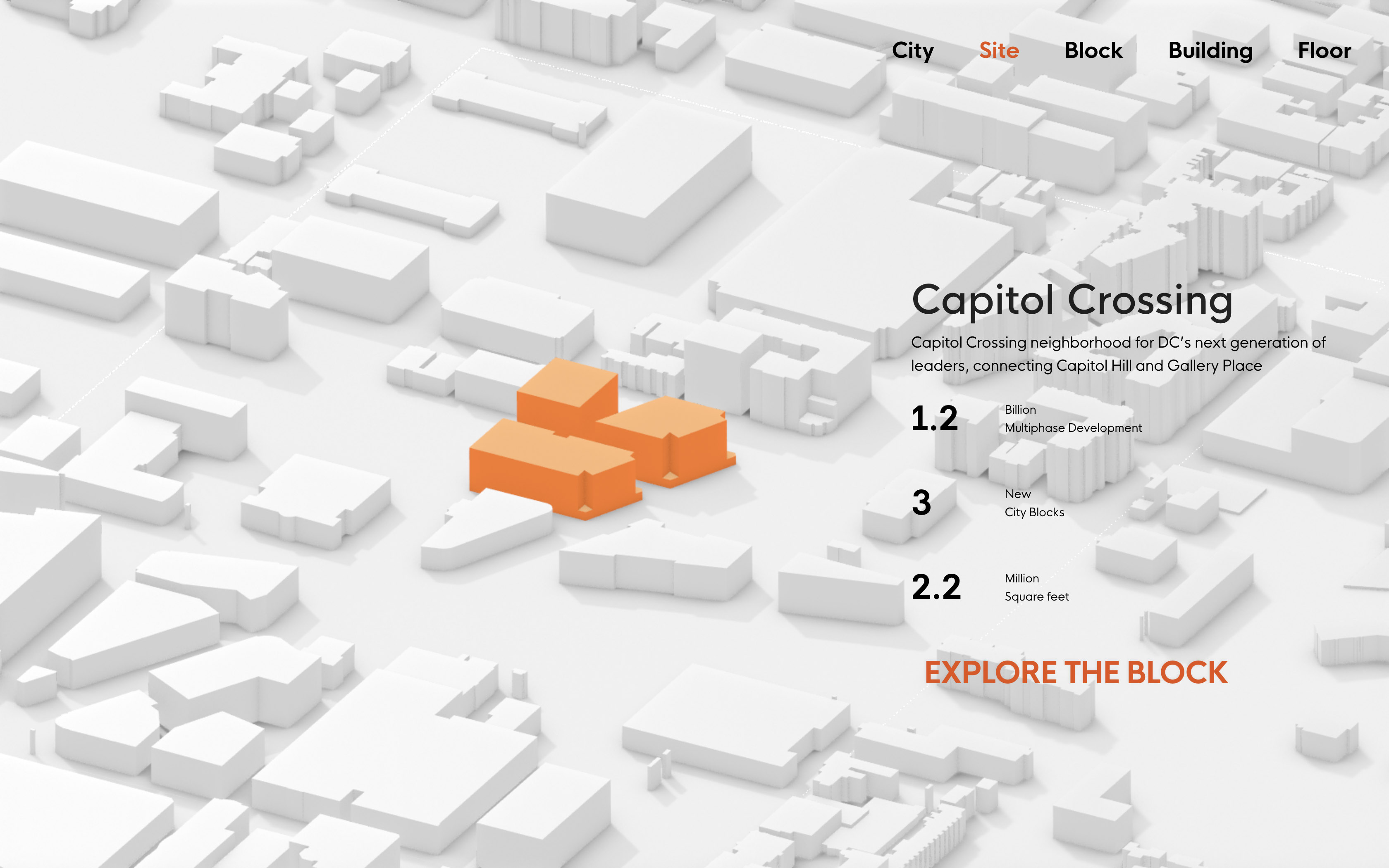 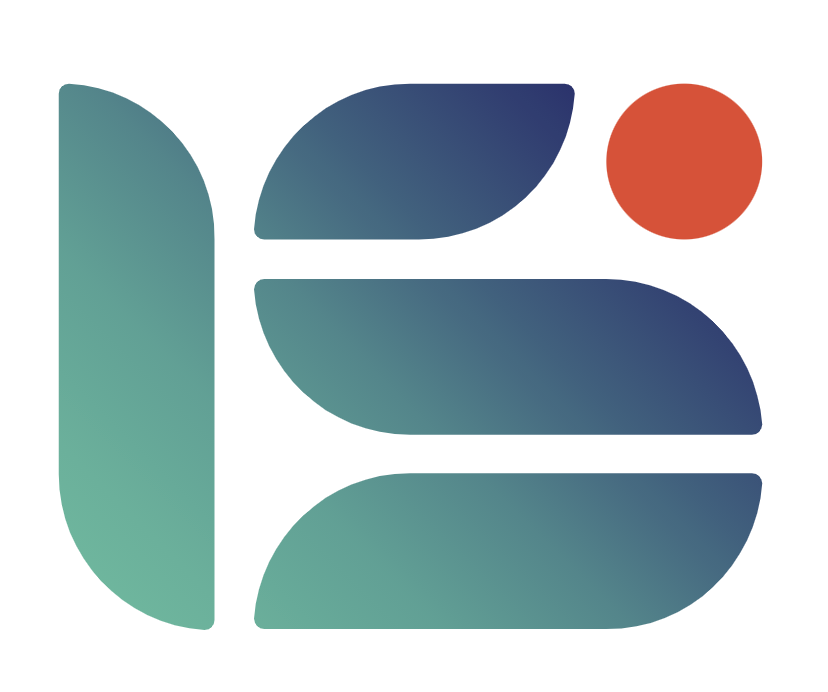 Being able to place a project or model into the larger context of where it’s going to live changes everything. It offers the opportunity to better understand how the site interacts with its environment, with its neighborhood, and as part of the city as a whole. For this case study, we took on the task of usefully embedding an Archilogic scene into the context of a city; in this case, Washington, D.C. By embedding our 3D models in a 3D context, we were able to interact with them in a way that offered so much more ease, imagination, and usability.

For a lot of clients and users, it can be extremely difficult to imagine what it would be like for their project to actually live in the real world. This process of visualization, of genuinely seeing it in its eventual ecosystem is important because every project becomes part of the whole it’s being added to. This tool allows us to look at the whole while still being able to zoom in, checking out the city, then the neighborhood, then the block, then the building and, ultimately, picking a floor to walk around. It’s a far more comprehensive and dynamic experience of a model.

To create this level of interaction, we first pull data for the site/neighborhood/city open source Geo data We then combine it with an Archilogic scene for the project and we have an amazing use of Archilogic technology with other software. For us, we love utilizing open source technology and combining it with Archilogic to create a better overall (and more usable) experience for our clients.

To explore the model we created for a building in Washington, D.C., you can click here. To navigate: You first see the site as a hole, zooming in next to the neighborhood, then the block, then the building itself. From there, you can select which floor you would like to move around, double clicking to enter the floorplan.

Built With Archilogic - How it Works

To showcase its usage, we chose a building site located in Washington, D.C., and used blender to export a city map of the Capitol Crossing neighborhood, a location that connects Capitol Hill and Gallery Place in the heart of the city. With GIS and web geodata, we assembled the necessary geometry in react/three JS to model the experience of selecting a building and placing it in its native environment. In this case, a city block.

Once the building is placed within the block, the user can then select the building, then the floor they’d like to move through. Once they select the floor they’d like to explore, the Archilogic scene is triggered via the embed API. This model gives a visitor the ability to move from a macro to a micro visualization of their site, zooming from the city, to building, to the floor, and within.

For the frameworks and technical background that support the LOD Demo, we first create a new project by executing: npx create-react-app threejs-demo --template redux-typescript. This generates a new React project called “threejs-demo” with redux and typescript incorporated. To then integrate navigation between the different pages, we create a state machine using redux while also utilizing Ant Design. By choosing to use react-three.js-fiber as a wrapper, we’re able to use three.js with much greater ease.

After creating a project, we then convert a 3D model to the React interface by exporting a .gfts file that contains the model from Blender. This is processed by the command npx gltfjsx <file_name> -- types. This generates all Typescript Interfaces for the model, including: Camera, lights, mesh, and textures; all accessible in the newly generated .tsx file with no losses.

Try us for Free
Do more with your space

Learn more about all the projects built with Archilogic.

Understand how the workplace is being utilized

We created an import & export feature for .IFC files. Transfer your Archilogic model to Revit to add technical details like piping, heating, etc. In contrast, you can also upload a Revit model to Archilogic and then send a sharable link to your client to view the model.
September 23, 2021
Showcase

The system is a combination of search and optimization algorithms and computational geometry which is developed as a data-driven approach with input from people with diverse backgrounds (architecture, interior design, building operations) We deploy on AWS Lambda to ensure high availability and high elasticity.
August 30, 2021
Showcase

You don’t need to be a software developer to take advantage of these tools. Just copy the Embed code from the “Share” menu in your Archilogic model and paste it into your Webflow site. It’s as simple as that! For more detailed information check out the 3D embed API guide
June 22, 2021
Showcase

The Archilogic platform is not just a place to design and edit your interior space—we’re firm believers in building tools that let you understand the implications of your designs and quantify their impact so you can gain greater insight into your decisions.
June 22, 2021
Showcase

When Archilogic digitizes interior space, we create a data model that understands the relationship between all of the spatial elements within it. The model doesn’t think of a floor plan as a static image, but rather as a dynamic representation of the relationship between spatial elements. Floors contain spaces, spaces contain assets, and collectively these can all be displayed visually as a layout.
June 22, 2021
Showcase

Fortunately, the ability to build smart applications has never been easier. We were able to do so with the help of Archilogic, who provided us with the spatial data infrastructure for our app.
June 22, 2021
Showcase

Archilogic’s technology is paving the way for better spatial data integration and interoperability in the real estate and AEC industries. For us, it’s not just about visualization. It’s about clean, structured data and making it easier for more and more stakeholders to access that data to create custom applications that fit their needs.
June 22, 2021
Showcase